This appointment is another step in Sarum Rotary’s evolution as a new dynamic club, allowing the club to gain the support of Rotary Foundation grants for future projects, as well as giving members the opportunities to get involved in international projects with Rotary.

Mark works for the Trussell Trust, the charity which supports over 420 UK food banks. He has been a Rotarian since 1996, initially with the Fordingbridge club where he was president in 2006/7.

He has a passion for the Rotary Foundation, Rotary’s own charity and International projects, which is an amazing way to develop relationships with Rotarians around the world whilst achieving humanitarian aid projects that make real differences to people’s lives.

Everyone at Sarum Rotary Club is looking forward to hearing more from Mark as he gets into his new role. 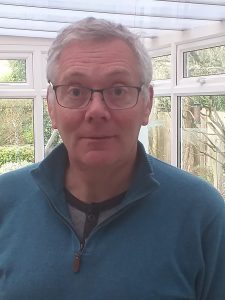